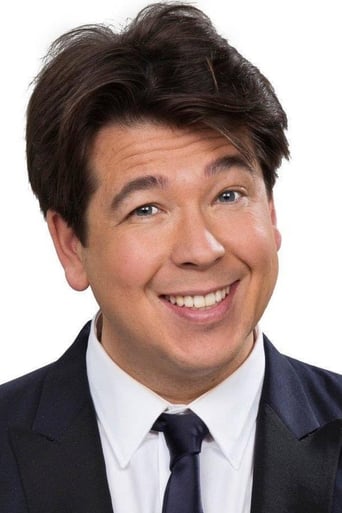 From Wikipedia, the free encyclopedia Michael Hazen James McIntyre (born 21 February 1976) is a British stand-up comedian. As well as his stand-up, he has performed on programmes such as Live at the Apollo and has his own programme, Michael McIntyre's Comedy Roadshow. McIntyre has released two stand-up DVDs; Live and Laughing in 2008 featured material from his first nationwide tour, while Michael McIntyre: Hello Wembley was released in November 2009 following a set at Wembley Arena. The former was the fastest selling debut stand-up DVD ever, and Hello Wembley is the fastest selling stand-up DVD in UK chart history, selling over a million copies. In 2009 McIntyre performed live to half a million people and won Best Live Stand-up at the British Comedy Awards. In 2010, McIntyre released his autobiography, Life and Laughing: My Story, and also became the youngest-ever host of the Royal Variety Performance. He started as a judge on the fifth series of Britain's Got Talent in April 2011. He is to embark on his second nationwide tour in 2012. Description above from the Wikipedia article Michael McIntyre, licensed under CC-BY-SA, full list of contributors on Wikipedia.