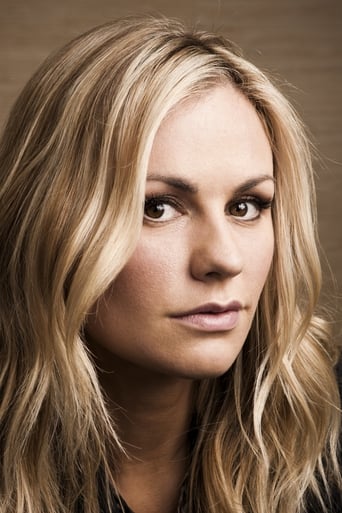 Anna Paquin is the star of several major motion pictures, including her first Oscar winning performance in The Piano (1993), the role of the young Jane in the 1996 film Jane Eyre (1996), and the role of Amy Alden in the charming family film, Fly Away Home (1996). With a well-developed vocabulary and gentle sense of humor, Paquin proves herself to be the most enchanting young talent working today. Paquin's rising stardom has often been a cause of charming media shyness, where it is obvious that she is an ordinary girl who happens to posses an extraordinary talent. She has two agents, Gail Cowan in New Zealand, and the William Morris agency in Los Angeles, but neither these nor her parents have much influence in deciding what she films. "In the end", she says, "it's my decision". Paquin's parents separated while she was filming Fly Away Home (1996) in Canada. On Oscar night in 1993, Anna Paquin was the surprise (and surprised) winner of the Academy Award for Best Supporting Actress. She stood, wide-eyed and gulping for breath at the microphone for a full twenty-something-odd seconds before delivering a gracious, though rather breathless thank-you speech.