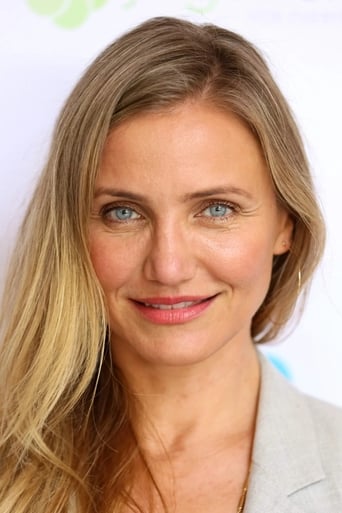 Cameron Michelle Diaz (born August 30, 1972) is an American actress and former model. She rose to prominence during the 1990s with roles in the movies The Mask, My Best Friend's Wedding and There's Something About Mary. Other high-profile credits include the two Charlie's Angels films, voicing the character Princess Fiona in the Shrek series, Any Given Sunday, Knight and Day, The Holiday, The Green Hornet and Bad Teacher. Diaz has received four Golden Globe Award nominations for her performances in the movies, Being John Malkovich, Vanilla Sky, Gangs of New York, and There's Something About Mary for which she also won the New York Film Critics Best Lead Actress Award. She is also a BAFTA Nominee. In 2013, Diaz was named the highest paid actress over 40 in Hollywood. Cameron Diaz was born in San Diego, California. Her mother, Billie Joann (née Early), is an import-export agent, and her father, Emilio Luis Diaz (1949–2008), worked for the California oil company UNOCAL for more than 20 years as a field gauger. Diaz has an older sister, Chimene. Her father's family were Cuban (of Spanish descent), and settled in Tampa's Ybor City, later moving to California, where Emilio was born. Her mother has English, German, and Scots-Irish ancestry. Diaz was raised in Long Beach, California, and attended Long Beach Polytechnic High School