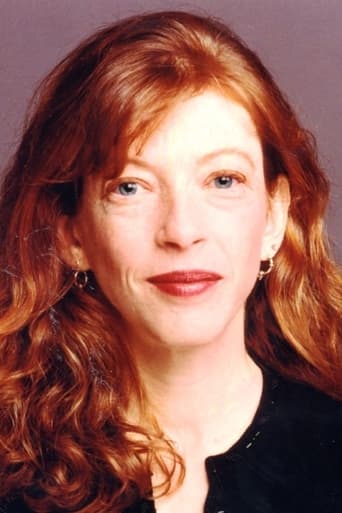 From Wikipedia, the free encyclopedia. Susan Orlean (born October 31, 1955) is an American journalist. She has been a staff writer for The New Yorker since 1992, and has contributed articles to Vogue, Rolling Stone, Esquire, and Outside. Susan Orlean is the author of several books, including The Orchid Thief, a profile of Florida orchid grower, breeder, and collector John Laroche. The book formed the basis of Charlie Kaufman's script for the Spike Jonze film Adaptation. Orlean (portrayed by Meryl Streep in an Oscar-nominated role) was, in effect, made into a fictional character; the movie portrayed her as becoming Laroche's lover and partner in a drug production operation, in which orchids were processed into a fictional psychoactive substance. She also wrote the Women's Outside article, "Life's Swell" (published 1998). The article, a feature on a group of young surfer girls in Maui, was the basis of the film Blue Crush. In 1999, she co-wrote "The Skinny: What Every Skinny Woman Knows About Dieting (And Won't Tell You!)" under her married name, Susan Sistrom. Her previously published magazine stories have been compiled in two collections, The Bullfighter Checks Her Makeup: My Encounters with Extraordinary People and My Kind of Place: Travel Stories from a Woman Who's Been Everywhere. She also served as editor for Best American Essays 2005 and Best American Travel Writing 2007. She contributed the Ohio chapter in "State By State" (2008). She is currently working on a biographical history about the dog actor Rin Tin Tin, for which she recently submitted a completed manuscript to her publisher. Orlean was born in Cleveland, Ohio, and graduated from the University of Michigan. She was then a staff writer at the Portland, Oregon, weekly Willamette Week, and soon began publishing stories in Rolling Stone, Esquire, Vogue, Outside, and Spy. In 1982 she moved to Boston and became a staff writer for the Boston Phoenix and later a regular contributor to the Boston Globe Sunday Magazine. Her first book, Saturday Night, was published in 1990, shortly after she moved to New York and began writing for The New Yorker magazine. She became a New Yorker staff writer in 1992. Orlean was also a Nieman Fellow at Harvard University in 2003. Description above from the Wikipedia article Susan Orlean, licensed under CC-BY-SA, full list of contributors on Wikipedia.