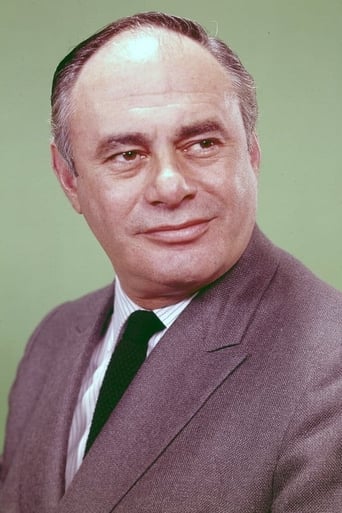 He was born Martin Henry Balsam on November 4, 1919 in the Bronx, NY. His father was a manufacturer of women's sportswear and he was his first-born child. Martin caught the acting bug in high school where he participated in the drama club. After high school, he continued his interest in acting by attending Manhattan's progressive New School. When World War II broke out, Martin was called to service in his early twenties. After the war, he was lucky to secure a position as an usher at Radio City Music Hall in New York City. By 1947, he was honing his craft at the Actor's Studio, run at that time by Elia Kazan and Lee Strasberg. His time at the Actor's Studio in New York City allowed him training in the famous Stanislavsky method. Despite his excellent training, he had to prove himself, just like any up and coming young actor. He began on Broadway in the late 1940s. But, it wasn't until 1951 that he experienced real success. That play was Tennessee Williams "The Rose Tattoo". After his Broadway success, he had a few minor television roles before his big break arrived when he joined the cast of "On the Waterfront" (1954). In the 1950s, Martin had many television roles. He had recurring roles on some of the most popular television series of that time, including "the United States Steel Hour", "The Philco Television Playhouse", "Goodyear Television Playhouse" and "Studio One". In 1957, he was able to prove himself on the big-screen once again, with a prominent role in "12 Angry Men", directed by Sidney Lumet and starring Henry Fonda. All of Martin's TV work in the 1950s did not go to waste. While starring on a episode of "Alfred Hitchcock Presents", Hitchcock was so impressed by his work, that he offered him a key supporting role of Detective Arbogast in "Psycho" (1960). His work with Hitchcock opened him up to a world of other acting opportunities. Many strong movie roles came his way in the 1960's, including parts in "Breakfast at Tiffany's" (1961), "Cape Fear" (1961) and "The Carpetbaggers" (1964). One of the proudest moments in his life was when he received an Academy Award for Best Supporting Actor for "A Thousand Clowns" (1965). In was soon after that he began accepting roles in European movies. He soon developed a love for Italy, and lived there most of his remaining years. He acted in over a dozen Italian movies and spent his later life traveling between Hollywood and Europe for his many roles. After a career that spanned more than fifty years, Martin Balsam died of natural causes in his beloved Italy at the age of 76. He passed away of a heart attack at a hotel in Rome called Residenza di Repetta. He was survived by his third wife Irene Miller and three children, Adam, Zoe and Talia.