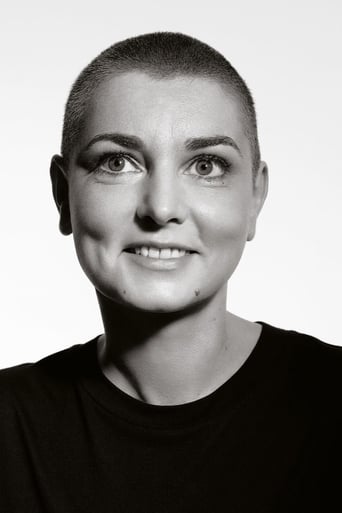 Born December 8, 1966, in Dublin, Ireland. After a difficult childhood (her parents divorced early on and her mother was frequently abusive), O'Connor was sent to reform school after being caught shoplifting. Her music career began when she was "discovered" by the drummer of the popular Irish band In Tua Nua and co-wrote their hit song "Take My Hand." Before finishing school, O'Connor ran away to Dublin, where she sang and played guitar on the street and in pubs and worked for a singing telegram service. While performing with a Dublin band called Ton Ton Macoute, O'Connor caught the attention of the two owner-managers of a small London record label called Ensign Records. Ensign released her debut album, The Lion and the Cobra, late in 1987. Critics lauded O'Connor's powerful and expressive voice and noted the complexity of her songs, even while acknowledging their decidedly uncommercial nature. Though it had no major hit singles, the album eventually sold over 500,000 copies and went platinum. With the 1990 release of O'Connor's second album, I Do Not Want What I Haven't Got, the baldheaded singer-songwriter became an international star. Driven by the phenomenal success of the smash hit single "Nothing Compares 2 U" (a once-obscure song written by Prince and first recorded by a band called the Family), the album shot to the top of the Billboard charts and nabbed O'Connor four Grammy Award nominations including Best Album, Best Song, Best Female Vocalist, and Best Alternative Album. The video for "Nothing Compares 2 U" won the MTV Award for Video of the Year, and O'Connor was named Artist of the Year in 1991 by Rolling Stone. Her next two albums, Am I Not Your Girl? (1992) and Universal Mother(1994), made far less of an impact either critically or commercially. Soon, however, O'Connor became famous for her controversial public outbursts, beginning in 1989 when she announced her support for the radical Irish Republican Army (IRA); she retracted the statement one year later. She again made headlines in 1990 when she refused to appear onstage in New Jersey if "The Star-Spangled Banner" were played before the concert. In 1991, O'Connor boycotted the Grammy ceremony and refused her award for Best Alternative Album, maintaining that her absence was a protest against the extreme commercialism of the Grammy Awards. Even more publicity surrounded a 1992 performance by O'Connor on Saturday Night Live, during which she tore up a photograph of Pope John Paul II, denouncing the Catholic Church as "the real enemy." Despite her contempt for the clerical hierarchy, O'Connor maintained she was a Catholic and devoutly spiritual.