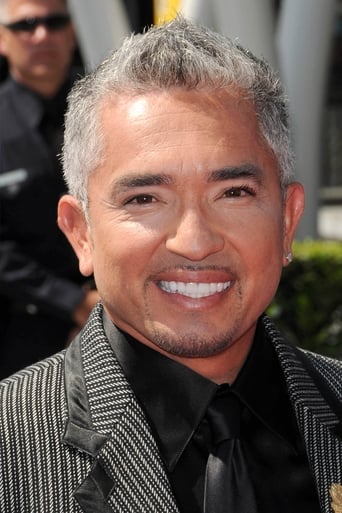 ​From Wikipedia, the free encyclopedia.   Cesar Millan, (born César Millán Favela; August 27, 1969) is a Mexican-American self-taught, professional dog trainer widely known for his television series The Dog Whisperer, now in its seventh season and broadcast in more than eighty countries worldwide. Prior to The Dog Whisperer series, Millan focused on rehabilitating especially aggressive dogs and founded the Dog Psychology Center in South Los Angeles (2002–2008) — under construction in a new Los Angeles location as of late 2009. Millan's first three books, including Cesar's Way, all became New York Times best sellers, have cumulatively sold two million copies in the United States and are available in 14 other countries.In 2009, in conjunction with IMG, Millan introduced a monthly magazine also titled Cesar's Way — with the Wall Street Journal reporting at that time that half of American consumers recognized Millan. With Ilusión Millan, he founded the Cesar and Ilusión Millan Foundation — since re-named the Millan Foundation. He is working with Yale University to create a children's curriculum based on his work. Millan's most important tool in both his success with dogs and business has sometimes been attributed to a personal sense of balance, what The New York Times called "a sort of über-balanced mien." Description above from the Wikipedia article Cesar Millan, licensed under CC-BY-SA, full list of contributors on Wikipedia.