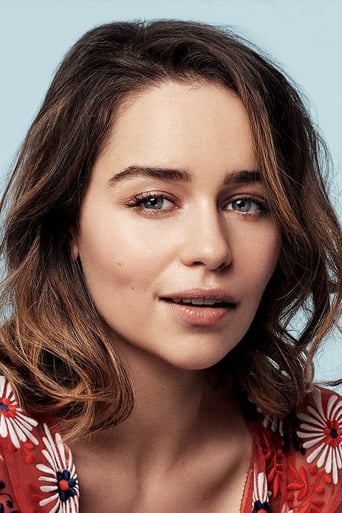 Emilia Isabelle Euphemia Rose Clarke (born 23 October 1986) is an English actress. Clarke rose to prominence in 2011 for her breakthrough role as Daenerys Targaryen in the HBO series Game of Thrones, a performance that has gained her both critical and popular acclaim. In 2017, Clarke became one of the highest paid actors on television for earnings of £2 million per episode of Game of Thrones. Clarke made her Broadway debut as Holly Golightly in a production of Breakfast at Tiffany's in March 2013. In 2015, she was named Esquire's Sexiest Woman Alive. She is also known for her starring roles as Sarah Connor in the science fiction film Terminator Genisys (2015) and as Louisa Clark in the romance film Me Before You (2016). In November 2016 she was cast as the female lead in the upcoming Star Wars Han Solo anthology film. Description above from the Wikipedia article Emilia Clarke, licensed under CC-BY-SA, full list of contributors on Wikipedia.